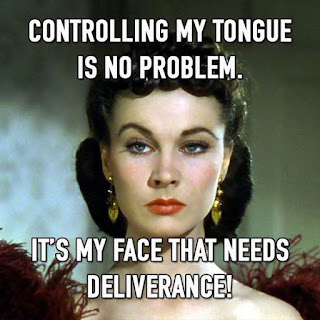 I’m not sure when and where I lost my poker face.
It would be hard to believe I never had one considering I grew up in a family who loves them some gambling. As long as I can remember, holiday gatherings always ended around a poker game. You could hear the grownups laughing amongst the scratching of the plastic poker chips, and an occasional rise in the volume of the game if someone tried to bluff.

If you aren’t familiar with bluffing or a poker face…here’s the easy definition: it’s lying or pretending you have something you don’t. It is knowing you have a crap hand but not letting it show on your face.  In fact, some professional poker players cover their eyes with sunglasses so that the other players can’t ‘read’ them. Other players get really dramatic and act like they have a great hand. The strategy is used as a scare tactic to get you to go out of the game early by making you think they have a better hand than you.

But somewhere around the age of 36, as I became closer to 40 than 30, my poker face disappeared. Not only am I bad at bluffing, I’m really bad at keeping my face from letting you know exactly what I’m thinking as certain words are coming out of your mouth. I finally understood why grownups would look at me as a kid with that ‘you-have-got-to-be-kidding-me’ look as I tried to lie myself out of a situation I didn’t want to be in.

But that’s where I have found myself recently. In the poker game of life, some key players have let me down by pretending they had something in their hands that they didn’t. Comments that “slipped out” in front of me without laying down the entire hand, which only caused more questions and uncertainties in a game I no longer wanted to participate in. And straight out bluffs that have shaken me to my core. Although I know not to expect integrity at a poker table, I’ve been grieved by the fact that I may not be able to expect it from leaders, family and friends. And sometimes, I question if I can expect it from myself.

And that’s when enough is enough. I have worked too hard to begin to pretend again that bad behavior, including my own, is ok. I refuse to put on a poker face and pretend that I’m not being played. And although I don’t plan on yelling “You’re bluffing!” at the top of my lungs while throwing my poker chips at people like my Uncle Vito did back in the day; I do intend to stop hiding my hurt or turning it in on myself.