What Ever Happened to Jake Ryan? 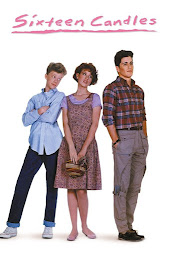 It was Friday night, and I was unpacking for the 17thtime in my life. As I sorted through old photos, miscellaneous papers and an insane amount of mismatched socks (did I ever have a matching pair?!), Sixteen Candles came on the television. Of course, I stopped everything and watched it.

Sixteen Candles follows the sixteenth birthday of one Samantha Baker. Unfortunately, because Samantha’s older sister is getting married later in the week, the entire family forgets her birthday. Madness ensues and the angst ridden teen starts the day being stalked by the freshman class nerd (aka “The Geek”), but is later pursued by her all-time crush, Jake Ryan. The movie ends with the classic scene of Samantha getting her wish…a birthday cake and a kiss from Jake. And the audience goes wild.
I really wish there would have been a Seventeen Candles. What happened to Samantha and Jake after that kiss? As a bright-eyed pre-teen watching that movie…I just assumed they lived happily ever after. They probably went to the prom, went to college together, got jobs, got married and had little Samantha and Jake Ryans. But now…now as an adult I wonder…what really happened to Jake Ryan?
You see, I was Samantha Baker. I was constantly in love with the guy I could never have. I was the last of my friends to hold hands, last to be kissed, and last to get a boyfriend. And then it happened. After a note was passed to the guy I had secretly been fawning over from afar, he actually asked me out. I couldn’t believe it! No, really…I couldn’t believe it! I’d spend the next 8 years of my life not believing that someone like that could love someone like me. Even when my Jake Ryan told me he wanted to marry me, I never believed it was actually going to happen.
Unfortunately, I proved me right. He left. With no explanation he decided that I wasn’t the one for him. No blowing out the candles and kissing. No driving off in his red Porsche…just years of wondering why I wasn’t good enough for my Jake Ryan.
It’s different now. I’ve got way more than 16 candles on my cake. Way more years of knowing that I am good enough, rather than not knowing I’m good enough. And unlike the young girl of yesteryear who went through that tremendous loss alone, I now have plenty of great people in my life who remind me I am good enough when I forget.
So whatever happened to Jake Ryan? Who cares. I’m more interested in “The Geek” who will pursue me without question.
at September 01, 2013 No comments: