God has a way of bringing me right back to a place I left at just the right time to remind me of how much He wants me to get it right.

I just came across this journal entry I never posted.

His timing is perfect! 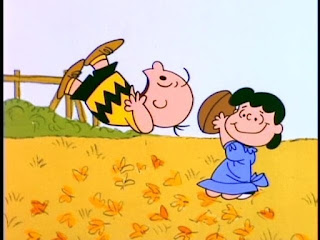 Good Grief
April 13, 2013
I think I’ve watched it a million times. The scene that Charlie Brown is running full force to kick the football, and then that evil Lucy moves it and he goes flying in the air. Charlie Brown, a young man who seemed to have such a heavy heart as he often worried about everything, spent much of his time slapping his forehead and proclaiming over his life: “Good grief!” But there really never seemed to be anything good about his grief.

I felt that way this week. After over a month of my Aunt Dody fighting for her life, after several miracles of seeing her go from near death to life…I got the call that she passed away. I had decided I was going to believe that another miracle could happen. I believed that she could be healed. I knew that if her healing did happen, it would speak volumes to my family. I was also praying for God’s will. He knew every hair on her head and every minute of her life. And I also had a sense of feeling more prepared if she didn’t make it because of a grief and loss recovery class I took at my church.

But nothing prepared me for what actually happened.

One might think that I felt like the football got swiped from under me because she died. But that’s not the case. I felt like it got swiped because of the aftermath. Tempers flared. Accusations got thrown. Feelings were hurt. I even spoke to Jocelyn who led the class and asked if there was a chapter in the book about when families go wild! And it was then that I realized that there is such a thing as “good” grief. And what I was seeing happen was certainly not it! I was ready to tackle all the feelings we talked about in group, but I wasn’t ready to see my family fall to pieces.

However while in my Charlie Brown stance, lying on the floor feeling like the wind had been knocked out of me, I began to remember the things that I learned in grief recovery:  the “good” grief stuff. The first thing was that not everyone grieves the same way. And while I didn’t agree with a lot of things that were going on and being said, I needed to understand that it wasn’t my place to make anyone else feel anything differently. And although my natural inclination is to grieve alone, I made sure I talked about it to people I knew could support me. I also made sure I didn’t get up and get “back in the game” too soon. Make quick decisions or “plays” on how I would deal with certain family members. Another natural inclination was to keep busy…keep working. I gave myself some down time. I took some time to read God’s “playbook” aka the Bible.

And because of what Jesus did on the cross…in the end…I will come out victorious no matter who or what swipes the ball from me.